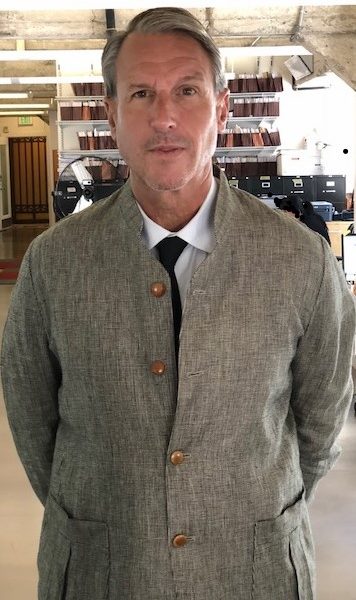 Gary Cloutier was born in Providence, RI and attended public schools and Brown University. Following graduation from Brown, where he was All-Ivy tackle on the varsity football team, he served as an aide to United States Senator Claiborne Pell of Rhode Island in Washington, D.C. He went to law school at Suffolk University in Boston before passing the State Bar of California in 1992. For many years in San Francisco, he was an associate, then partner of Paul Wotman, who in 1991 obtained the largest verdict for gay discrimination in American legal history. Over the course of his legal career, he has tried to verdicts eleven cases of public importance in The State of California Superior Court. While a practicing attorney, he also served as a council member in Vallejo, California. From 2011-2013, he was Executive Director of Ground Work Providence, a non-profit in Providence, RI, specializing in training ex-offenders in Brownfield remediation. In 2014, he returned to California to work for the Law Offices of Andrew Wolff. He lives in West Oakland,California.